Who's That? Answers, Part 2

Pretty easy, after all: Some of these in Part 2 could have been in Part 1, but it starts getting tricky here. 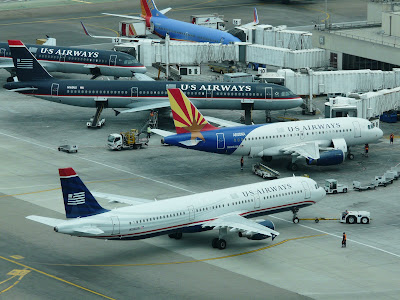 US Air, seen here in old and new (black and white, respectively) schemes, along with their Arizona special. The Arizona is an A319, the others are A321's. 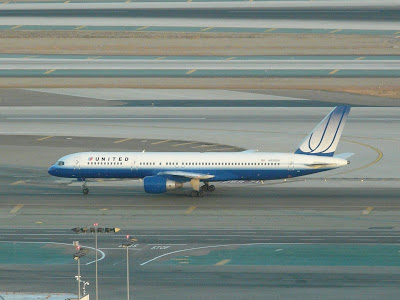 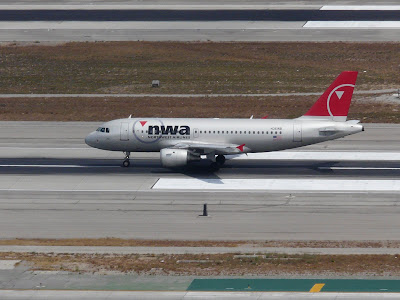 Northwest, whose logo makes more sense when seen from this side.
This is an A319. 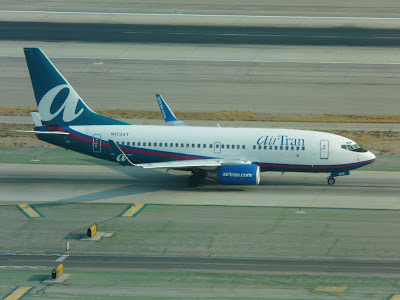 AirTran, in a B737. If you look back at yesterday's picture, you'll see that I had to crop it pretty tightly to omit the winglet - which lists their web address on the inboard side. 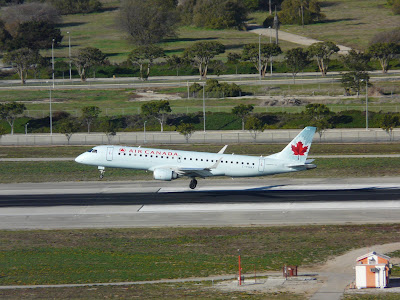 Air Canada about to touch down on runway 24 right in an E190. 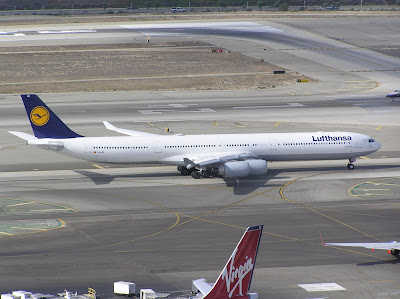 Lufthansa in an A346. I've just noticed that we're getting more Lufthansa A346's, and fewer of their B744's. They bring in two or three flights a day, and on at least one day last week, they were all in Airbuses. 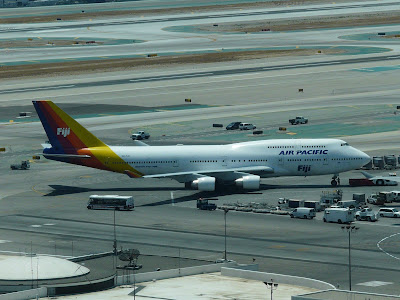 This one's a little tricky: the tail says 'Fiji', but the carrier name is Air Pacific. 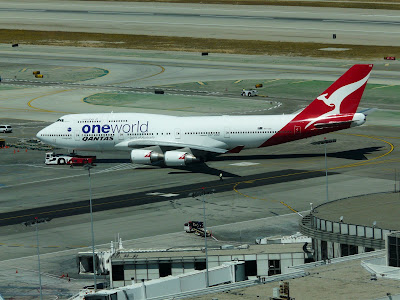 Okay, so these were mostly gimmes also. Keep studying!
Posted by CaptainVector at 3:36 AM