Road Trip: Holes in the Ground, part 1, and other sights

I know I said that the blog was going to take a break, but I've got a wi-fi connection in the hotel room. So here are a few pictures from the road trip. Today I visited the south rim of the Grand Canyon. The December sun is not ideal for photography and I probably should have put a polarizer on the lens. In the third picture, can you find the river? It's waaaay down there! The fourth picture shows some rapids. 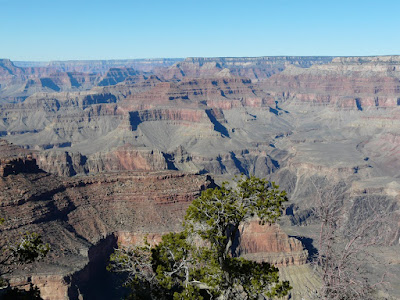 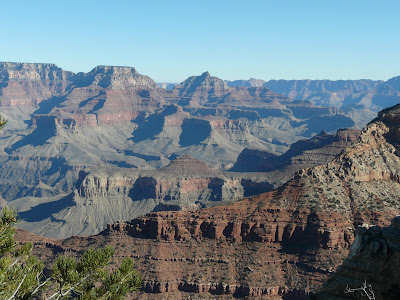 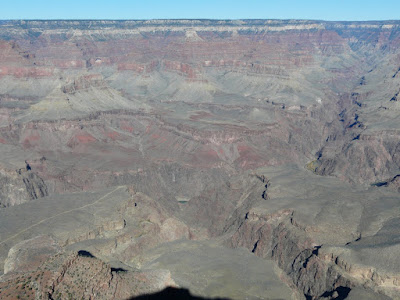 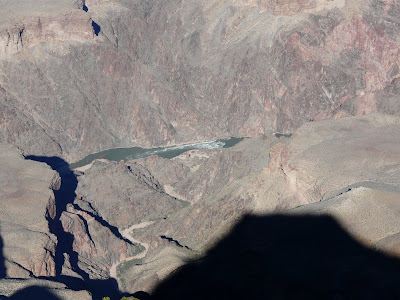 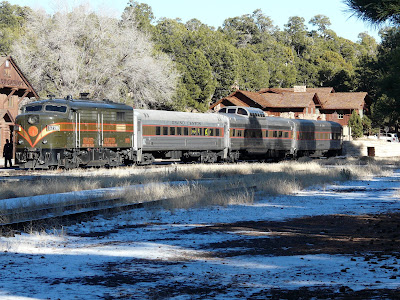 The Grand Canyon railway. In the summer they use a steam locomotive, but the diesel is needed to power the heating system in the coaches.
You didn't really think that I'd take a trip without stopping at an air museum, did you? I've shown you Planes of Fame's primary facility at Chino. They have another small museum near the Grand Canyon: 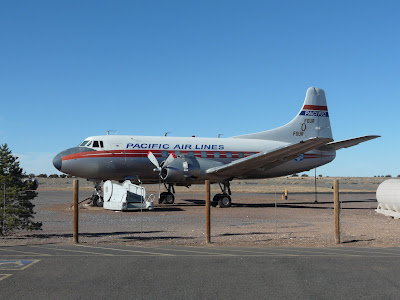 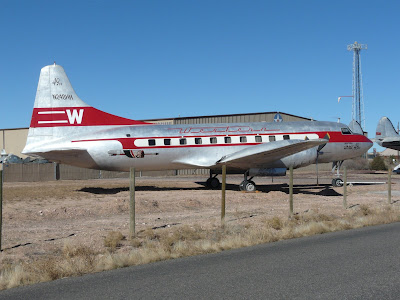 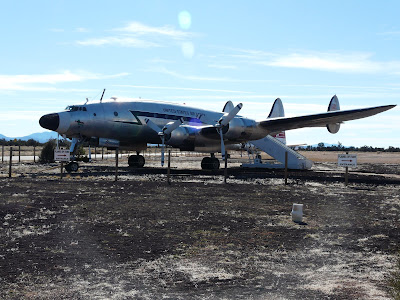 In my opinion, one of the prettiest aircraft of all time: the Lockheed Constellation 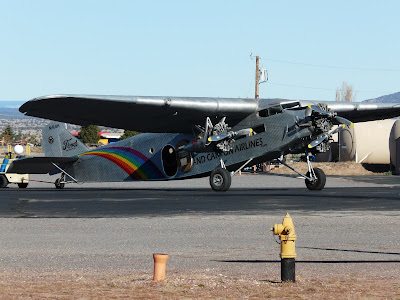 This Ford Trimotor isn't in the museum - it's still a working airplane, making sight seeing flights over the Grand Canyon.

The next shots are from yesterday's stop in Kingman, Arizona. There's a small air museum there too, but that's not what I've got to show you: 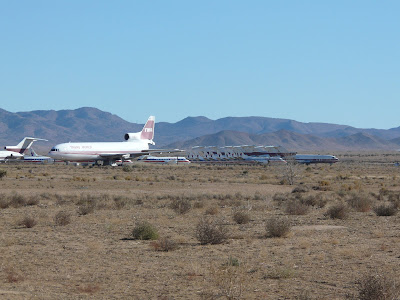 Yes, those are very pretty mountains, but that's not it. Look closer: 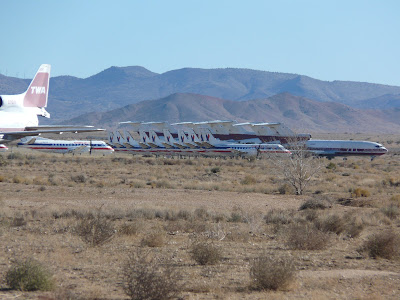 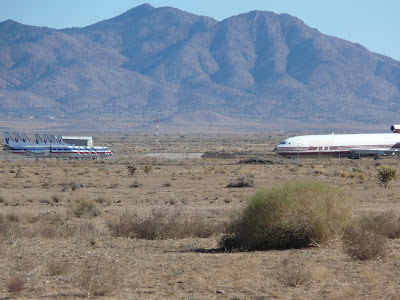 I found them! These are the SF-340's that aren't flying at LAX anymore. I counted about two dozen, so some of these must have come from the DFW hub as well. About 60 years ago, Kingman was one of the depots where most of the US aircraft from World War Two were turned into aluminum ingots. The salvage company used a giant guillotine to chop the aircraft into chunks that were then fed into the smelter. I had hopes of seeing the guillotine in action on the Saabs, but no such luck. There were more than the Saabs parked here: 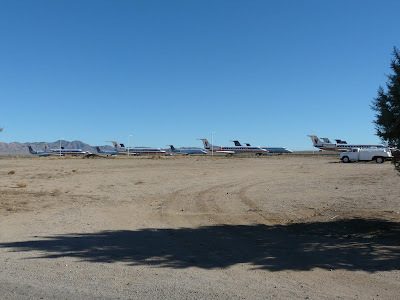 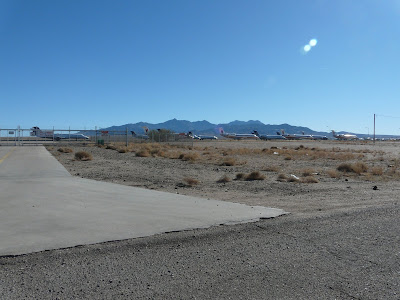 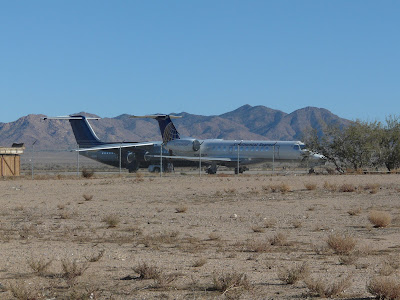 All of these appear to be E-135's, with the exception of the ex-United aircraft in this last picture: a four-engined British Aerospace 146. We used to have one of these fly in and out of LAX sometimes. If I remember right, it was operated by Air Wisconsin for United, and flew into some mountain airport that served ski resorts. At LAX we called it a "BAC jet" (pronounced like the composer J.S. Bach). However, when I was in Memphis, we had a number of these flying for Northwest Airlink (operated either by Pinnacle or Mesaba, I forget which), and we called them "Avros". This was a matter of semantics, as the BAe 146 became the Avro RJ; but it's now a moot point, as the Avros left Memphis before I did, and we don't have the BACjet at LAX anymore.
Posted by CaptainVector at 7:30 PM